Samantha K Mosca is a jack of many trades: an actress, a writer, a poet, an academic, an activist, a photographer, and podcast host. She is a queer, neurodivergent immigrant and a mum who spends her days chasing her wee toddler and shooting weddings; at night, or during otherwise stolen time, Samantha writes and takes photographs. You can find her written and photographic work in Epoch Press, Ellipsis, and Mixtage Mag, Pareidolia, Bloom Magazine, and Ang(st), to name a few. You can follow her general nonsense on twitter @xsyrinex and her photography on instagram @syrine_barathrum. This piece can be found in the collection ‘Aftermath’, which you can buy here.

Even with the compulsion to express my grief, putting into words what I feel is a daunting task. As it seems to consume me, I shout out, as if to speak its name is to banish it. At times the pain is so large or so complex that however I described it yesterday has nothing to do with how I feel today. At first, I turned to photographs to find answers. Grief seems intrinsic to the nature of photography. As a moment dies, irreconcilable with the movement of time, a photograph provides a memento. In the case of my grief, these mementos are kept in four boxes and eight photo albums, in no particular order. Exploring their contents allows me to feel my grief keenly, but the photos only show me what is no longer there. They teach nothing on the subject of healing.

I began to interrogate the suffering stone nestled in my chest. What even is grief? Surely, it’s not a moment, as its reach stretches and wraps its tendrils around memory and hope alike. It’s not one single taste or smell or song or film. Even in its immeasurable weight, it’s nothing I can hold in my hand. For some time, I thought it most like air, less vital, but just as inevitable. Eventually, an answer came to me; it reverberated in my skull, made my teeth chatter. Grief is a place. The phrase repeated over and over; it became a strange mantra. After all, grief can be inhabited or visited; it endures tourists and townies, transplants and natives. While I’d only visited before, I think it’s safe to say that I own property there now. I’m not sure if that means I’ll be a snowbird, only making trips when the weather of my life chills, or if I’ll settle in and abandon my homes in other more hospitable places.

It’s hot and humid in Grief, near the sea (a clichéd body of tears) and the equator (a line that connects all places in the world). Dusky, sage willow trees frame the road on Main Street. And even though it’s relentlessly hot, it’s also continuously dark. At any moment in a day, Patsy Cline can be heard seeping out of some open window. I wonder if it’s an island or a swamp; I consider Louisiana and Cuba. The former for its occult darkness and the latter for the way it’s stuck in time. You can always (and only) arrive on a cheap red eye, in a cabin where the fluorescent lights never dim and the single drink they serve is instant coffee.

Landing at Grief Harbour Airport is different each time you arrive. Sometimes the wheels hit the asphalt so smoothly that you aren’t even sure you’ve landed. Other times, the sky and ground fight over you so fiercely that your hands ache from gripping the armrests so hard. And whenever you disembark, it’s always the same day. 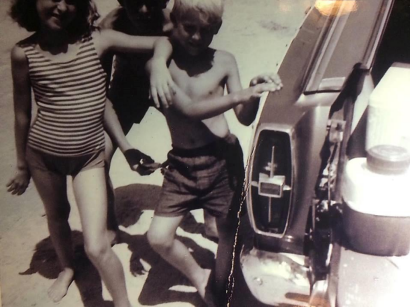 In the shock of fresh grief, I didn’t guess that I had changed. I moved within the house I grew up in with ease, or as much ease as you can have when you’re suffering. My brothers and their wives and children travelled in that space too. For a week, we gathered around her. I left her side only to eat, the nurse, Anna, speaking to me in rolling Spanish and insisting I eat tortas with chicken even though I’m a vegetarian, but she cooked so much food, and I do need to eat, so I don’t tell her. I just thank her and eat as much as I can, which isn’t much, but it’s more than my mom can eat, which is nothing. I go back to my post. I mete out morphine and steroids and anti anxiety medicine every 30 minutes to an hour. It’s all in liquid form because she can’t open her mouth or swallow or speak or move. My brothers and I negotiate the time table for medicine distribution. Matt says that he thinks we should give her less morphine, to give her a chance to resurface. I’m angry at the suggestion. Her pain is palpable and yet unimaginable. She can only moan. She moans when we move her, to change bedding and apply lotion and she moans when we adjust her so her lungs don’t rattle. I sleep on the bed next to her and a nurse wakes me every 30 minutes to an hour so I can administer medicine. I slowly push morphine into the corners of her mouth through a needle-less syringe. I take a sponge attached to a stick, dip it in water, and push it between her teeth. She sucks on it and bites it. Is she trying to tell me something? She must be thirsty; she might be angry. There is this contraption, I’ve forgotten what it’s called, but it’s a hose I stick in her mouth and throat to clear phlegm debris, so she can breathe. Disgusting bits travel the tube to a container on the floor. I adjust the oxygen tubes to her nose.

During the week she says precious few words. I tell her I’m going to read her a poem, one she had so often in the last few years asked me to read to her. Without opening her eyes she groans clearly, “No.” the word stretches and I feel so hot with embarrassment and sadness and shame. I thought I knew what she wanted; I thought I was helping. I laugh, immediately. It helps mask the rush of feelings and it is funny anyway. Sort of makes me feel like the dork and my mom the cool kid in some John Hughes film. Like she’s saying, “don’t you think I’m suffering enough?”

Family comes. Cousins mostly, but also friends we consider family. I spend a lot of time holding up the phone so anyone I can reach, anyone who wants to, has a chance to say their piece. I don’t listen in, or I try not to. When people make it to the house, I leave the room and walk in lost patterns. These pacings are interrupted by commiserating hugs and sometimes plates of food. I’m so well fed. Sometimes, sitting there, looking at her, talking to her, playing Aerosmith, watching her favourite films, I am overwhelmed with the suspicion that she hates me.

She dies in the morning. I’m asleep next to her and the nurse gently touches me and tells me she’s gone. My brother is there, one of them. I hug him and it’s so terrible because I don’t feel anything. I close her eyes and kiss her forehead. I feel a little something then, maybe relief or disbelief and also maybe shame. Mostly, it’s a void in my chest, an empty post box.

That evening, I pull out boxes of photographs. Mom’s body has been gone for a few hours and there is nothing for us to do anymore. Before the body men come, from the morgue or funeral home or wherever those overly polite strangers come from, someone suggests that she ought to be dressed. Of course, the clothes we cut to slip on and off her body with the least discomfort have to be replaced with something more dignified. I search her closet and I choose possibly the worst logistical outfit. I crawl onto the bed beside her, and when I touch her, I scream. It’s entirely involuntary, ripped from bell bottom of my stomach. People rush in, and I feel like an idiot.

She’s freezing, of course. I don’t realise how I’ve gotten there, but I’ve propelled myself to the doorway. It’s as if my shout has pushed and lifted me away from her. Anna admonishes me kindly. This isn’t my job, she would do it and what was I thinking with trousers anyway? We need a dress.

1988 A baby shower at work shortly before I’m born.

I want to use the photographs to cover up the last week. Boxes and boxes of them are carted out. They have to be divided amongst the three of us siblings anyway, we may as well start now. The journey is red eyed, but tearless. We don’t like to cry in front of each other, but I don’t know why. Vulnerability was a sin in my mother’s childhood and I think a little of that was poured into our family recipe. There is so much laughter. Look at that hair and that outfit. There is reverence. I can feel in my bones, my mother becoming an idol, a goddess. We hum and glow with our ministrations, our memories. We build, with words and solemnly passed photos, a moving altar. In piles, we divide our spoils. I thought that through photographs I might erase the version of her that had become so familiar, the sick and absent version, the dead body version. I collected her youth and her motherhood and her marriages and her family. She was beautiful. She will always be beautiful. Here in this photograph, in this place, she is eternal. I thought that the pictures would help, that some puzzle of my pain would be solved and I would feel free to leave Grief for a little while. But in those photos, hundreds and hundreds, I found and settled in this large and strange place. I can always find her here in this world of still-frames and because I will always find her, I will always miss her, always grieve for her. So, as for leaving, there aren’t any flights and I’m not sure what time the ferries run. 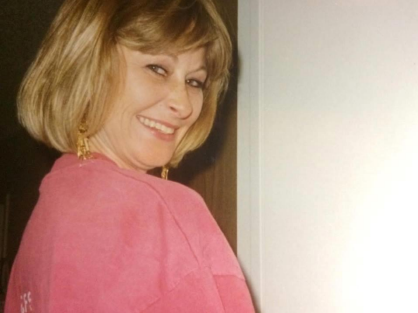